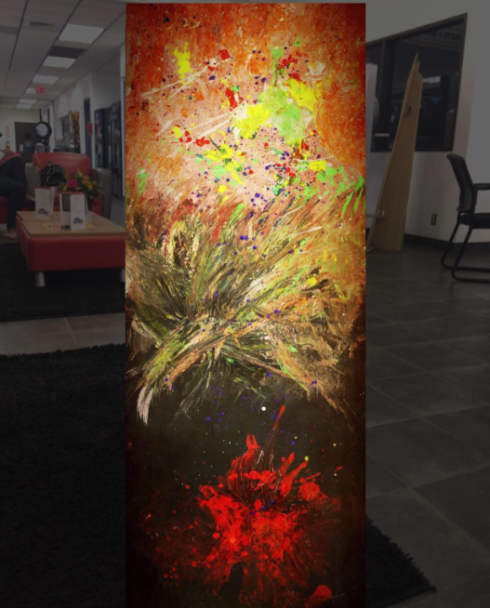 Anguish and betrayal. The personification of evil and good and the struggle for the stronger to overcome the weaker.

My attempt to show neurological thought in an organic venue. Thoughts create matter and all matter is ultimately comprised of quanta. 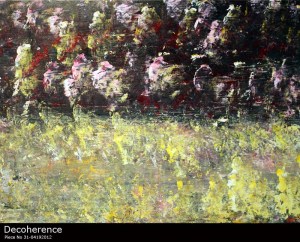 Red-orange drenched skies in a vast field in some far-away location. What is in the fields? Mystery and adventure. 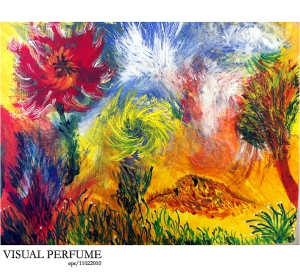 Inspired by the German novel, “Das Parfum” by Patrick Suskin about a perfume apprentice in 18 th century France, Jean-Baptiste Grenouille.
Film Adaption, “Perfume: The Story of a Murderer.” Also, the grunge band, Nirvana, wrote a song called, “Scentless Apprentice” based on the
novel.  Pop Culture note:  a song by the same name, “Scentless Apprentice” was written by Kurt Cobain of the American grunge band Nirvana and
this song was featured in their third and final studio album, “In Utero.” 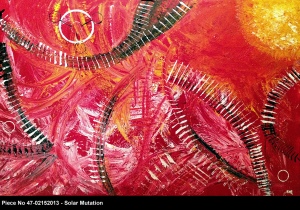 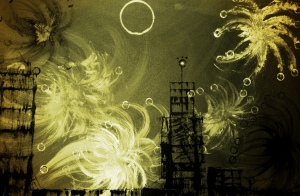